“Enough about me, let’s talk about me…”: When Actors Play Themselves (Sort-of) 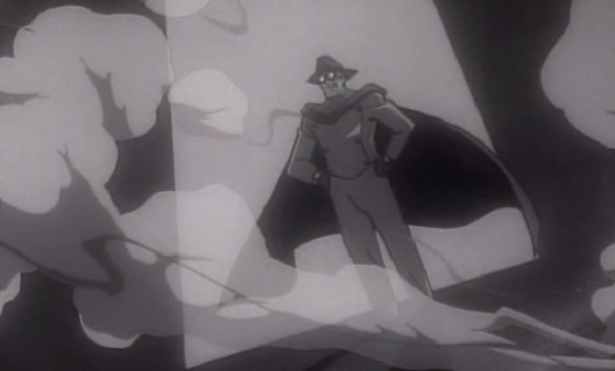 What’s an actor to do when your star persona becomes a joke? You embrace it of course, and let the audience know that you’re in on the gag. It can be incredibly self-indulgent if mishandled, but if pitched just right it can make a film or TV episode vividly memorable. Here’s a few of my favourite instances when an actor has played themself in a movie or TV series to comic or subversive effect. 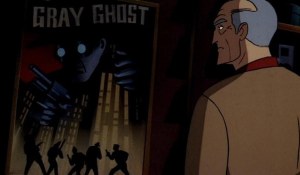 BATMAN: THE ANIMATED SERIES (1992-1995) I loved BATMAN: THE ANIMATED SERIES throughout its run, and still consider it the definitive version of the Dark Knight’s story (yes, including the Nolanverse). It had many highlights, but it was a stroke of genius to get Adam West to play, what else? An actor struggling to get work because of his inescapable association with a single iconic role. It clearly exaggerated West’s woes at the time the show aired, but it does pretty much reflect the state of his career in the years immediately following 1960s BATMAN’s cancellation. It’s West’s poignant performance, the meta-textuality of the plot, in addition to really strong writing that made “Beware the Gray Ghost” one of the finest episodes of The Animated Series’ run. 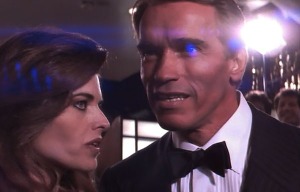 LAST ACTION HERO (1993) Arnold Schwarzenegger spoofs his usual persona for much of this jarring-in-tone family actioner, but as the finale looms he goes one better. Playing the blissfully unaware walking slab of irony that is supercop Jack Slater, Arnie bumps into a familiar face at the premiere of his character’s latest high-octane outing…Arnold Schwarzenegger. So it’s Schwarzenegger playing Slater talking to Schwarzenegger, reality inverts, awesomeness ensues. Thank goodness Arnie has never taken himself all that seriously. 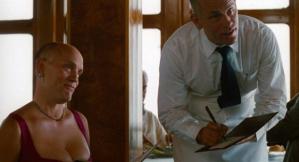 BEING JOHN MALKOVICH (1999) Reality-bending writer Charlie Kaufman’s none-too-trippy idea of using John Malkovich as an unwitting plot device for explaining the concept of free will was master stroke. Malkovich’s willingness to play himself as an actor who is ever recognisable but instantly forgettable was accommodating and completely without ego. You have to be confident in your premise and fully embrace the wackiness to convincingly sell crawling inside your own head. Malkovich Malkovich Malkovich! 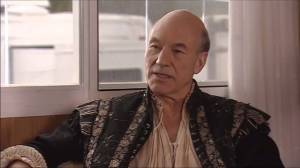 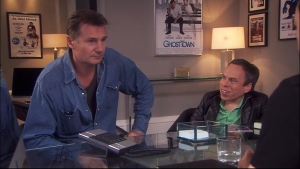 EXTRAS (2005-2007) / LIFE’S TOO SHORT (2011) I’m lumping both of Ricky Gervais’ showbiz-commentary sitcoms together for their much for muchness. Sorry, Gervais superfans. A good number of Hollywood’s finest spoofed themselves on Gervais’ former much-better-than-THE OFFICE sitcom, but Patrick Stewart’s turn was the highlight for me. He’s just as charming as you’d expect, but Gervais and Stephen Merchant write him a bit of an old pervert as well, obsessed by his dream script of playing a man who causes every woman’s clothes to fall off. As for LIFE’S TOO SHORT, the cameo to remember came from the famous on-screen stoic Liam Neeson wanting to break in to comedy with AIDS jokes. I know it’s wrong, but funny is funny. 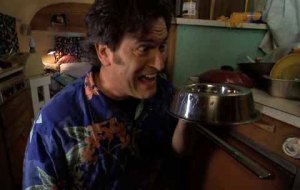 MY NAME IS BRUCE (2007) “Not sure about the plots, but you’re usually pretty good in them”. So a character describes Bruce Campbell’s career. It pretty much sums up this somewhat self-indulgent parody too. Bruce is great, but the rest…meh? He’s very self-depricating and willing to play an absolute egotistical tool. He’s not really playing himself, but a parody of what a cult icon might be off-screen (a self-obsessed diva) rather than the well-balanced, accommodating human being Campbell actually appears to be from his well-documented interactions with fans. 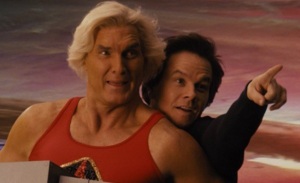 TED (2012) Seth MacFarlane doesn’t really do subtlety. Sam Jones’ memorable appearance as a drug-addled, borderline psychotic version of himself still wearing his Flash Gordon hair is all the better for being about as nuanced as an animated teddy bear fighting a duck. John (Mark Wahlberg) and Ted’s (MacFarlane) encounter with Jones veers from a dream come true (Jones asking them “Do you party?”) to a living nightmare (Ted’s “I’m scared, John” as Jones’ behaviour becomes increasingly illegal and erratic, culminating in him attacking an Asian man with an unfortunately resonant name in the next apartment). FLASH GORDON plays a key part in John and Ted’s relationship, and Jones takes the joshing he gets for his “very loose definition of acting” like a champ. 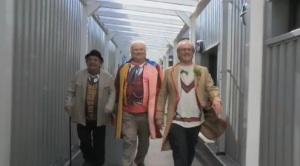 THE FIVE(ISH) DOCTORS (2013) You might not have seen this one if you live outside of the UK. As a tie-in with DOCTOR WHO’s 50th Anniversary, Fifth Doctor Peter Davison wrote a comedy special starring himself and the other surviving incarnations of the Doctor who were snubbed for a part in the Anniversary episode. Davison, Colin Baker, Sylvester McCoy, Paul McGann, Steven Moffat, Olivia Coleman, John Barrowman among others all played parodies of themselves, but the highlight was undoubtedly McCoy casually name-dropping Peter Jackson and his far more famous Middle-Earth co-stars. I hope none of the previous TARDIS inhabitants really felt this sore at being left out of the festivities, but they came together to produce this light-hearted comic treat precisely because they were. 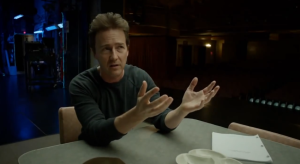 BIRDMAN (2014) While the performance in BIRDMAN that received most attention was Michael Keaton playing a has-been superhero fighting for credibility, he comes across as too grounded and, well, sane in real life for Riggan Thompson to be said to be a version of himelf. Edward Norton, on the other hand, is definitely drawing on experience here in playing Mike Shiner. It’s not so much that he’s actually playing himself but that he’s playing a grotesque version of how he’s perceived in the public consciousness. There are some pretty explicit references to his squabbles with colleagues, and walking out of (or being fired) from major projects for being “difficult”. This, combined with shoutouts to Robert Downey Jr and Jeremy Renner makes it pretty clear that writer-director Alejandro Iñárritu and Norton are specifically taking swipes at the latter’s experience working with Marvel. The bile is barely concealed, but it never becomes obnoxious.

Can you spot any glaring omissions from my selection? What are your favourite examples of actors playing themselves on TV or film? Leave a comment and thanks for reading. SSP