Posted on December 13, 2014 by Sam Sewell-Peterson 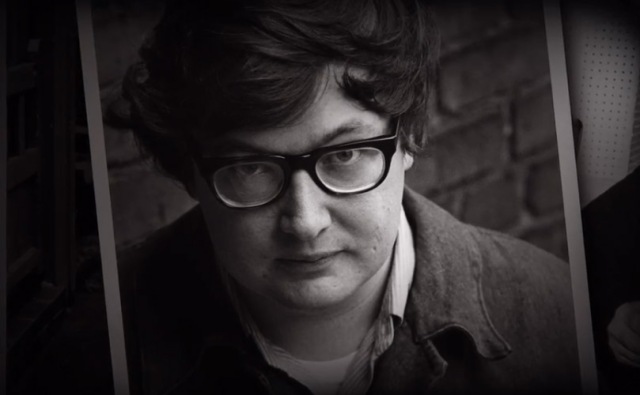 LIFE ITSELF is an incredible documentary made by a film lover, about a film lover, for film lovers. It’s about love, about passion more than anything else, and I like to think Roger Ebert would have approved of this take on his life.

Roger Ebert was arguably the most prominent and well-loved critic of a popular art form in the English language of the past 50 years.  Born in 1942 and a fully-fledged newspaperman before he was out of his teens, Ebert found his true calling when he became the Chicago Sun-Times’ resident film critic in 1967, and he would go on to win the Pulitzer Prize, present a series of hugely popular TV shows with inseparable on-screen partner Gene Siskel, write screenplays for friend and kindred spirit Russ Meyer, and prolifically write books in addition to his regular reviews in front of the camera or the keyboard. Ebert published his memoir in 2011, and it is this work that documentary director Steve James primarily bases his documentary, also called LIFE ITSELF. It’s a piece meticulously crafted by James, executed in a Ken Burns-esque style of pans across and zooms into a wealth of revealing archive photos, with the addition of a Voice of God (Ebert’s own words lifted from his memoir and voiced by Stephen Stanton doing an uncanny impression) and the use of key film clips with extracts from Ebert’s reviews to tie the whole thing together.

The selected interviewees all show great affection and/or admiration for Ebert, and for the most part he comes off well, though the film doesn’t gloss over his less enviable assets either. He’s shown to retain his wit and good humour right into his physical decline, though the ravaging of his body and the leach of his independence seems to have brought out a certain childish, borderline churlish side to him as well, a side that was perhaps always there in hiding. As one of Ebert’s close friends puts it, “Roger’s nice, but he’s not that nice”.

The documentary doesn’t fall into the easy trap of making grand, sweeping statements about Ebert’s importance, and it acknowledges that there were more important contemporaries in film academia (Pauline Kael, Andrew Sarris), but does not exaggerate in calling him the biggest popular critic in the world. His style of criticism both in writing and in front of the camera made a real connection with his audience – he was no-nonsense, witty, well-read, passionate and sometimes amusingly cruel.

For those who have read Roger Ebert’s memoir of the same name (do that, by the way!), it’s interesting to note which passages the documentary dips into, and what is excises. Cannes, his wife Chaz, his early career as a newspaperman, the social circle he kept and most prominently his professional and personal relationship with Gene Siskel all receive decent coverage. His alcoholism is touched upon and a choice quote from Ebert about how bad he got is appropriated, but virtually absent are his parents (despite the important roles they both played in different stages of his life) an oversight that seems more for the sake of time than any particular aim by James or Ebert himself, especially since the latter dedicates a few chapters of his memoir almost solely to their family dynamic.

In place of the glossed over elements of Roger Ebert’s life, we instead have moving and affectionate tributes from young independent filmmakers the critic tirelessly supported, and also a greater focus on what the film tragically had to become, a record of his final days. We spring back and forth from Ebert’s glory years, the pinnacle of his life to the bittersweetness of his cruel physical erosion at the hands of a terrible disease. Ebert seems remarkably chipper towards the end, understandably happy at all he has been able to achieve and enjoy in 50 years of journalism and 70 years of life as a whole. He seems as giddy as a schoolchild when Steve James comes into his hospital room with a camera to introduce the documentary, before somewhat brazenly (if you can be brazen with an electronic voice) providing the director with suggestions for how he would handle the scene. The most heartbreaking moment of the film comes from essentially witnessing the legendary critic’s final gasp as Steve James’ email correspondence with him to support the documentary peters out and eventually, inevitably stops entirely.

The scenes from Ebert’s hospital bed and during his attempted rehabilitation are deeply upsetting viewing, and you find yourself grateful that you’re not seeing him on one of his bad days. Even when we witness the distress of Ebert frantically trying to plug some speakers into his laptop so he can boom out music to make a painful daily procedure more bearable, or when he’s been awkwardly assisted by Chaz and his home carers up a small flight of stairs, we know that he will have been through so much worse. Some might accuse this chapter of the film of being a little distasteful, making a show of a dying man’s torment, but as Roger poignantly puts it, he didn’t want to hide from the public eye if his health ever went into a sudden decline like his dear friend Gene Siskel chose to do.

It’s the dissection of Ebert’s somewhat contradictory but unbreakable friendship with Siskel that is the most rewarding, perceptive and funny aspect of the film, as well it should be. Throughout their respective careers, they were both competing rivals and best friends, they loved and loathed each other is seemingly equal measure, as confirmed by Siskel’s widow and the pair’s longtime producer. We get to see just how Godawful Ebert’s TV persona was before he met Siskel – awkward, unfunny, dull – and the contrast with the brilliant chemistry of the pair laying into each other about every film they disagree on (and even some they both loved). Steve James selects a choice outtake that proves the bickering became even pettier off-camera, a simple fluff resulting in repeated frustrated takes and Siskel and Ebert picking apart their colleague’s performance. Amusingly, on the order their names appeared in the title of their shows, Ebert sneers that he’s older, Ebert comes first alphabetically, so “of course Gene’s name goes first”.

Everyone should get something out of Life Itself, it is after all a fascinating story well-told. But this is also clearly one that will mean the most to Roger Ebert’s myriad fans and admirers. Sadly, as a Brit, I didn’t have the opportunity to grow up watching Ebert on TV as everyone in the USA did, but over time I’ve committed myself to seeking out his writing online, until he became my go-to-critic in his last few years. After reading his memoir, I even found myself seeking out Ebert’s favourite pub in London on my last visit, and I’ll admit it brought on a strange feeling of inner peace, of enlightenment, that I was sitting and drinking in the same spot one of my heroes once did.

The awards buzz for this one is strong, but I’m not sure Roger would care either way. He did sometimes disagree with the praise his fellows piled on films after all, for instance calling GLADIATOR’s Best Picture win the worst decision The Academy ever made. I think all he’d really care about is that the telling of his life story was turned into something honest, entertaining and thoughtful by a filmmaker he admired. It’s just such a shame that Ebert never got to see the end result, because Steve James has certainly done Roger Ebert justice with Life Itself, and considering the long, full and remarkable life the critic lead, that’s no mean feat. SSP