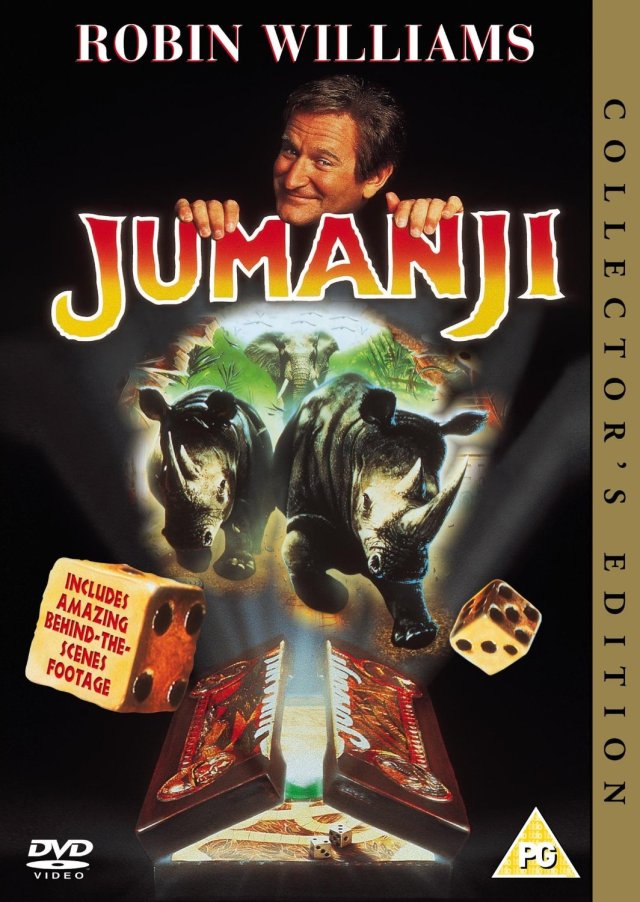 This is a little different to the usual semi-regular feature I host here on SSP Thinks Film. Usually, I confess to a love or affection, or leap to the defense of a film almost universally derided by critics or audiences. This time, I’m commenting on something I, and I’m sure many others have done. I have a confession to make, when Robin Williams died, I almost instantly ordered all his movies that I didn’t already own. This week, I’ve ordered JUMANJI, GOOD MORNING, VIETNAM (both of which I’ve seen many times), and ONE HOUR PHOTO (which I’ve never seen).

Is this a natural reaction for audiences to have, or is it a little bit sick? You sometimes suspect that professional film critics “jump on the mourning bandwagon” so to speak, when a big star dies and they almost seem desperate to claw together a piece featuring a few films that they apparently always loved.  I might be wrong, but I suspected this was the case with the sudden and shocking passing of Tony Scott a couple of years back. Scott’s films were always adored by audiences, but almost never critically loved, especially compared to his brother Ridley’s. He was always the dumb action Scott brother, rather than the thoughtful visualist Scott brother. And yet, critics piled in to praise him on his sudden death and I don’t think for a moment it was all genuine. All of a sudden, where were an awful lot of fans of TOP GUN around. Can you blame them? Death is news, after all, and retrospectives give critics something a bit different to talk about.

The same goes for anywhere that sells DVDs on mass. It was quite frankly sickening how quickly displays including copies everything from CAPOTE to THE BOAT THAT ROCKED found prominence in stores when Philip Seymour Hoffman suddenly passed away earlier this year. Even after the DVD isles returned to normal, pretty much every review of Hoffman’s posthumously released films still have an uncomfortable tone to them, like the critic is promoting some kind of macabre sideshow. Shops even tried flogging THE IRON LADY when the real Margaret Thatcher died last year. As the old saying goes, sex sells. So does death, it seems.

Is this a natural human reaction to the loss of a performer you admire? When we know there aren’t going to be any more Robin Williams movies (at least none where we’re uncomfortably reminded of his absence) is it understandable that a lot of us want to gorge on his performances? If it’s wrong for shops to make money out of a sudden death (I’ve even seen the undeniably tasteless 2 for 1 deal on these occasions), is it any better that we, the viewer, the fan, the bereaved, to take advantage of these deals? Yes, I was very fond of Robin Williams, but no, I would not have bought three of his films this week had he not died. I’m not sure I can justify that, or claim that I handle the loss of a person, a very famous person admittedly, but still a person, any more sensitively than profiteering retailers. What I can promise though, is that those DVDs will be loved, and the legend that is Robin Williams will be remembered with equal parts affection, sadness and a slight morbid twinge. SSP

I'm not paid to write about film - I do it because I love it. Favourite filmmakers include Bong Joon-ho, Danny Boyle, the Coen Brothers, Nicolas Winding Refn, Clio Barnard, Steven Spielberg, Guillermo del Toro, Paul Verhoeven, Taika Waititi and Edgar Wright. All reviews and articles are original works written and owned by me. They represent one man's opinion, and I'm more than happy to engage in civilised debate if you disagree.
View all posts by Sam Sewell-Peterson →
This entry was posted in Film, Film Feature and tagged Capote, Film, Good Morning Vietnam, Jumanji, Movies, One Hour Photo, Philip Seymour Hoffman, Robin Williams, The Boat That Rocked, The Iron Lady, Tony Scott, Top Gun. Bookmark the permalink.