12 for Twelve: The Best of the Twelfth Doctor

Series 10 may well be the best DOCTOR WHO series finale of the revived series. It’s certainly one of the darkest stories in the show’s history and a high point for writer Steven Moffat. Now Peter Capaldi’s time as the spiky twelfth incarnation of the time-travelling adventurer draws to an end, here’s my pick of his twelve must-see episodes. 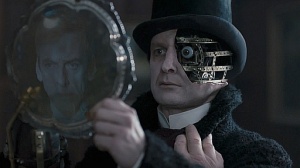 DEEP BREATH (2014) The Capaldi years started with this cracker, an episode that explored the pain and distress of undergoing Time Lord regeneration better than any other. Life may go on, but after his latest transformation the Doctor is left with PSD and Clara (Jenna Coleman) is completely unable to recognise her friend. More of my thoughts on this episode here. 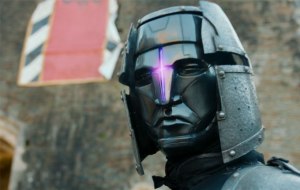 ROBOT OF SHERWOOD (2014) Did exactly what it said on the tin, much like Tom Baker story ROBOTS OF DEATH. Mark Gatiss has a lot of fun with the genre shakeup, but kept things pretty simple. It’s  your classic campy Errol Flynn-esque Robin Hood story with sci-fi gubbins behind the scenes and the Doctor in an ongoing spoon-measuring contest (watch the episode) with Monsieur Hood (Tom Riley). The Crusader-shaped automatons are really cool and Ben Miller is a pleasing, pantomime-y Sheriff of Nottingham. 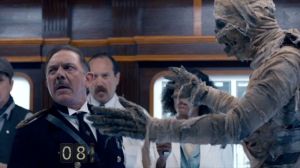 MUMMY ON THE ORIENT EXPRESS (2014) It’s polished and tense and features one of the most chillingly realised Who monsters of recent years. Only the victim can see their very slow, but relentless fate approaching and in a clever gimmick, only the audience can see time counting down for each unfortunate. The Doctor and Clara dress for the occasion and Who superfan Frank Skinner is a likeable guest star, though I do wonder why it had to be Mummy on the Orient Express In Spaaace… 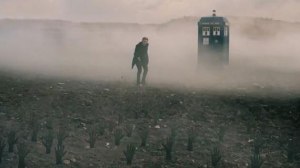 Hands up, who can tell me where I parked?: BBC

THE MAGICIAN’S APPRENTICE (2015) If Moffat’s tenure as Doctor Who showrunner became known for one thing (aside from nearly-always reversing death) it was retconning the Doctor’s relationship with his enemies. The Master was once a mate, the Ice Warriors just wanted a home, and genocidal madman and Dalek creator Davros (Julian Bleach)? Why, he was just misunderstood. Or was he? Moffat keeps you guessing, opening with a beautiful moral dilemma for the Doctor, throwing in Michelle Gomez’s Missy for good measure and becoming a weird chamber piece by the story’s end. 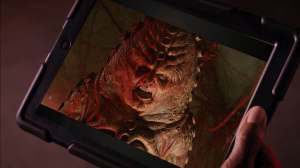 THE ZYGON INVASION (2015) Truly meets the story potential of a shapeshifting foe that wasn’t quite met with the last Zygon episode, THE DAY OF THE DOCTOR. It’s quite a bleak story for Who, questioning what would happen if we had no real hope of beating our alien invaders and how or if we could process them appearing as doppelgängers of our loved ones. It’s a damning critique of military action over diplomacy and throws in a fair few plot sidesteps and morally grey probing for good measure. 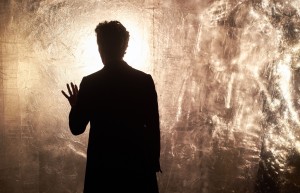 In a glass cage of emotion: BBC

HEAVEN SENT (2015) It’s the Peter Capaldi show! Not since Malcolm Tucker told that poor civil servant to “Come the f*** in or f*** the f*** off in THE THICK OF IT has the actor given such a fine performance. Pretty much a single-hander, the Doctor is forced to go all GROUNDHOG DAY, trapped alone for eons and tearing himself physically and psychologically apart through guilt, paranoia and punching a really thick wall. 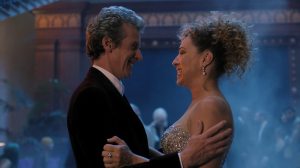 Will the Doctor and his partner please take to the floor…: BBC

THE HUSBANDS OF RIVER SONG (2015) It might be undemanding, but a bit of romance and a lot of fun sometimes goes a long way. It’s only one of two good Christmas Whos (the other is A CHRISTMAS CAROL, mostly for Michael Gambon) and ends up a very enjoyable romp/chase adventure. It gave us a familiar but fresh relationship dynamic between the Doctor and River Song (Alex Kingston), plus it introduced a great soon-to-be-regular character in Nardole (Matt Lucas). 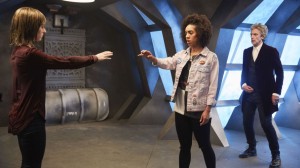 THE PILOT (2017) The emotional punch of Series 10 was there from the start, as the Doctor becomes a semi-reluctant teacher to Bill (Pearl Mackie) and the latter falls for a star-traversing water parasite (last seen in David Tennant’s THE WATERS OF MARS) which is piloting a rather attractive girl who catches Bill’s eye. The effects are sparing but striking and elements would come back round tear-jerkingly by the end of the series. 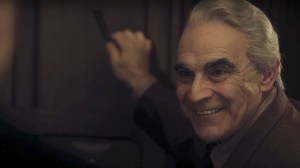 This is my “I’m not going to let my house kill you”  face: BBC

KNOCK KNOCK (2017) Why hasn’t David Suchet been in Doctor Who before? As the Landlord, he is greasily sinister and has plans for the students renting his big old house. A good old haunted house chiller that a little against the grain, the Doctor, Bill and her housemates do some SCOOBY DOO sleuthing before a really moving and human denouement. CG alien termites aside, it’s not a showy episode, but it’s an effective one. 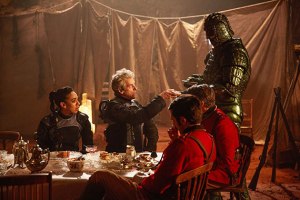 EMPRESS OF MARS (2017) The Ice Warriors are the most under-used great Who villain. Who better than Mark Gatiss to bring them back (again)? A squad of plummy British soldiers are swept to Mars by a stranded Ice Warrior then have to go all ZULU as they face an “upright crocodile” hoard with their reawakened queen at their head. Against these imperialist invading aliens…the Ice Warriors have quite a fight on their hands. 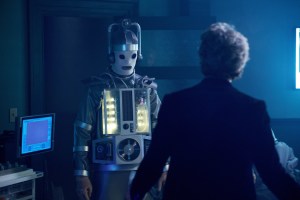 The 1960s called, they want their costumes back: BBC

WORLD ENOUGH AND TIME (2017) The nifty science concept of black hole time dilation separating the Doctor and Bill on opposite ends of a colossal spaceship makes this story’s ticking clock even more ominous than usual. We then get an eerie and poignant origin for the Cybermen, with a Cyber-hospital filled with partially converted victim-patients and the eventual return of the much creepier original Mondasian Cybermen and a surprise guest spoiled by the Beeb’s publicity department. 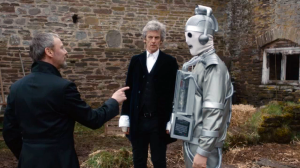 This is the weirdest Mexican standoff…: BBC

THE DOCTOR FALLS (2017) Series 10’s finale gave us psychodrama in Bill’s existential crisis as a newly-converted Cyberman, a pleasing meeting between two Masters and Nardole getting to be a hero. I was a little disappointed Michelle Gomez’s performance as Missy became so dialled-down, probably to better contrast against John Simm’s impish Master. It’s a real tear-jerker of an episode with a moving mediation on death and what would be a poetic end to the whole show of the BBC were so inclined. SSP

2 Responses to 12 for Twelve: The Best of the Twelfth Doctor