If The Force Awakens really is that good, what then? 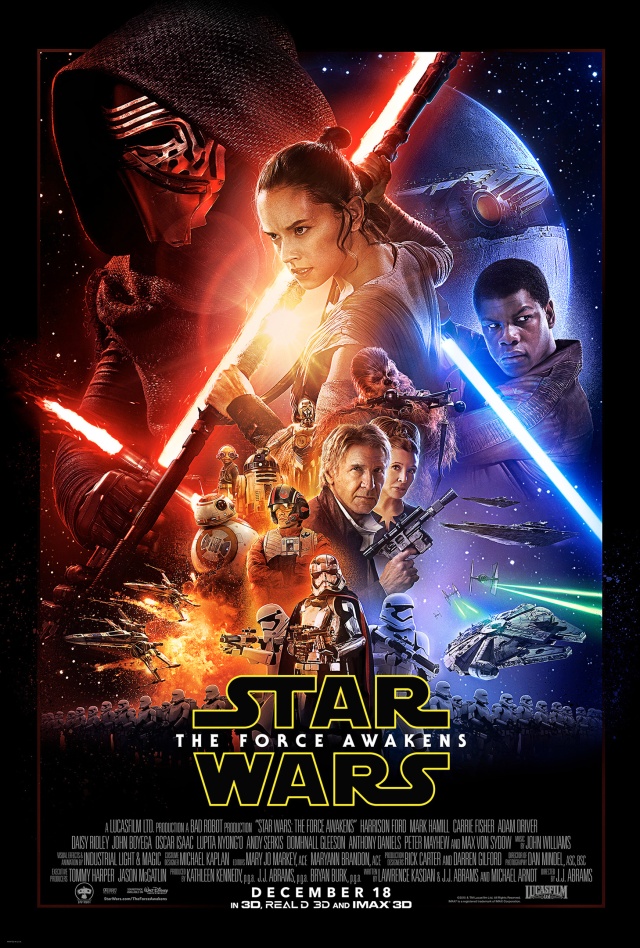 It’s an equally enticing and scary prospect for STAR WARS fans, the thought that if THE FORCE AWAKENS really does deliver on all it promises, then THE EMPIRE STRIKES BACK will no longer be the quintessential trip to a Galaxy Far Far Away…

Following the derided prequels, we’re pretty well conditioned for disappointment as a fanbase, for carefully managing our expectations and fearing the worst. It’s looking like this time round though, all involved are offering far more than just shiny SFX, not to mention 100% less Jar Jar.

32 years later, we finally gets to explore the question of “what happened next?” and we won’t have to read anything beyond the opening crawl  to get our answers (sorry, Expanded Universe devotees). Finally we can embark on the next stage of the adventure that took place a long time ago, and hopefully it’ll be the right combination of nostalgic nods and bold new strides. Everything we’ve been shown thus-far (just enough to whet our appetite) indicates we could be in for a treat. From proper alien suits and animatronics bolstered by motion capture to real-world gyro droids, to the already iconic “broadsaber” and what seem to be Galactic Empire/Darth Vader imitators determined to oppress more successfully than the last lot of fascist scumbags, it all looks to be making the jump to lightspeed.

The original cast are back, the newcomers are eclectic and exciting talents, Lawrence Kasdan has written the script, John Williams is composing the music, Ben Burtt is still the sound design guru. JJ Abrams is actually a lifelong fan of this franchise, and if he managed to create a good STAR TREK film and a mediocre one when he didn’t really care, imagine what he could produce when his heart’s in it?

It’s a given that The Force Awakens is going to do massive business, and it could very well allow for Star Wars fans to love an instalment of the space opera made post-80s. If it’s fantastic, or even just very good, hell, if it’s on par with RETURN OF THE JEDI (the 3rd best Star Wars in my opinion) all will be well. If Episode VII even teeters on the same territory as the prequels, or if Abrams takes lazy short-cuts a-la STAR TREK INTO DARKNESS, he will never be forgiven. He will be the other guy following George Lucas himself to have spoiled Star Wars.

Dare to hope, Star Wars fans. The title may be rubbish, but try to see the glass of blue-whatever-that-was as half-full. Already booked my tickets for December I have, have you? SSP