Posted on January 1, 2014 by Sam Sewell-Peterson 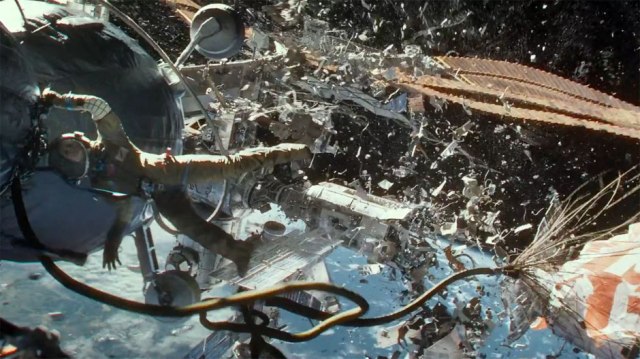 2013 has been a bit of a downbeat year for the film world, as we’ve lost a depressing number of talented individuals before their time – Roger Ebert, Richard Griffiths, James Gandolfini, Karen Black, Paul Walker. Peter O’Toole and Ray Harryhausen passed too, but the blow was softened somewhat by the fact that they both lived into their 80s. RIP to them all.

But another year in film, another “Best of” list. Obviously, I’ve only included the films I’ve managed to see, and unfortunately I haven’t seen anywhere near as much as I’d have liked to due to other commitments. I imagine my perspective may well change when I’ve watched more of this year’s releases. Even so, here’s how I rank the year just gone at this moment in time.

Note: I live in the UK, so some of this year’s awards buzz films haven’t yet been released, and some from last year didn’t arrive until early this year, hence their presence on this list.

I haven’t seen enough new releases that I actually hated to do a separate “Worst of 2013” list (yet!), but before we get to the best of the year, here are a few films of note that didn’t work (in part or in their entirety) for one reason or another:

Most disappointing of 2013: THE WORLD’S END

The near-flawless Cornetto Trilogy went out with an underwhelming splat. It’s got a few good gags and a very creative bar brawl, but beyond that it just makes you miss when Edgar Wright and company were younger, rawer and more fun. Wright has toned his distinctive aesthetic right down, and while Simon Pegg turns in one of the best performances of his career, the script he co-wrote with Wright seems awfully pleased with itself.

I couldn’t quite bring myself to put Ben Wheatley’s experiment with film form and marketing in my top 10, because I’m still not convinced I actually enjoyed it. It’s unlike anything else I’ve seen this year, but maybe it would look less out of place playing in an art gallery than on Film 4. At least Wheatley is committed to doing interesting things with the medium, and Reece Shearsmith shows potential as an unconventional leading man.

Danny Boyle’s post-Olympics return to filmmaking is a fascinating, though hugely frustrating and flawed film. Boyle seems to be aiming for Christopher Nolan’s INCEPTION, but ends up mid-quality David Lynch, though he makes the famously elusive latter writer-director look quite coherent here. There’s some interesting ideas, and it’s strangely hypnotic, but does it make sense? Not in the least.

Representing everything wrong with Hollywood actor-producers with too much power, it was poorly executed, dull and disinterested in its audience. Between them, somehow Brad Pitt and Marc Forster actually managed to make zombies boring and unscary. Forster still can’t direct action, or squeeze tension out of any situation that isn’t by its very nature tense (zombies on a cramped aeroplane) and Pitt seems to think turning up with his midlife crisis haircut and stupid scarf is enough.

And now onto the main event…

Whoever thought Park Chan-wook’s move to American filmmaking might soften him were sorely mistaken. STOKER is dark as dark can be, depraved and disturbing, so it’s business as usual for Mr Park. It’s a really creepy psycho-horror with standout performances from Mia Wasikowska and Matthew Goode, and the film’s visual beauty is an interesting contrast to the depravity of its content. It does lose you a bit when it goes particularly off-the-wall, but not to the detriment of the film as a whole.

A film almost entirely hinging on two performances, and what performances they are. It’s a crime that this wasn’t released cinematically in the USA – Michael Douglas and Matt Damon should be eligible for Oscars, but they tragically will not, all because American studios didn’t see potential for profit. It’s witty, funny and deliciously dark, with Douglas’ high-camp turn as Liberace perfectly balanced by Damon’s downplayed victim of the showman’s charm. Both characters have a tragedy to them, and as their relationship spirals out of control, it delivers a real gut-punch. Respect should also be paid to supporting players in the form of a terrifyingly doll-like Rob Lowe and an unrecognisable sinister Dan Aykroyd.

A dense, weaving, ambitious and enlightening fantasy driven not so much by plot, or explicitly by character, but by theme. That’s something you don’t see every day, and the Wachowskis and Tom Tykwer make a valiant attempt at pulling the whole enterprise off. I haven’t read David Mitchell’s book, so can’t comment on how closely the film keeps to the events on the page, but I honestly can’t imagine a better end product dealing with these themes spanning time and space on visual and performance terms.

A sport biopic done the right way, and dominated by a nuanced, tragic turn from Daniel Brϋhl as Niki Lauda. Some of the real-life story details are tweaked for the sake of ease of telling a story, but it evokes the feel and attitudes of the period, with expertly directed race scenes and fascinating exploration of just what made two remarkable men tick. It also convinced me that Ron Howard and Peter Morgan should work together on every movie they do.

A completely different animal to Nicolas Winding Refn’s previous collaboration with Ryan Gosling, whereas DRIVE was an engrossing, emotional and human experience, ONLY GOD FORGIVES is depraved, uncomfortable, and yet strangely beautiful. Awash with the vivid colours of sin, and with two of the year’s most terrifying characters in Kristin Scott Thomas’ manipulative, Barbie-doll gangster-mom and Vithaya Pansringarm’s limb-hacking psycho with a moral code, it might not be enjoyable, but it’s certainly memorable.

Even after the colossus that was THE AVENGERS, Marvel evidently still has its mojo. Tony Stark’s third outing is more than another comic book extravaganza; it’s a bold, risk-taking platter of tone shifts, action-comedy and genre subversion. It’s a gleeful middle finger to conventional and mediocre summer blockbusters, and proof that Marvel/Disney attracts the kind of creative individuals that Warner Bros/DC can only dream of working with. Shane Black and Drew Pearce make a winning and playful creative partnership, and get the very best out of the cast, notably Robert Downey Jr., Guy Pearce and Ben Kingsley.

4. THE HOBBIT: THE DESOLATION OF SMAUG

A fantasy thrill-ride for the ages, the second chapter of Peter Jackson’s second Tolkien trilogy puts its predecessor to shame, and often comes close to the quality of his imposing LORD OF THE RINGS films. It makes for delirious entertainment, but also develops character motivations in a meaningful way, and makes clever connections to the events of LOTR. Jackson, his cast and crew manage to balance performance, entertainment and visual splendour, resulting in a very satisfying all-round fantasy blockbuster.

Spielberg’s best film since MINORITY REPORT doesn’t cast America’s most famous president as a saint as you might expect, but as a razor-sharp pragmatist and political tactician prepared to play dirty to achieve his aims for the benefit of America as a whole. Daniel Day-Lewis is Lincoln, and it’s rightly his show, but David Strathairn and James Spader ably provide dramatic and comic heft respectively. It’s a handsomely appointed, meticulously scripted political procedural that maintains Abraham Lincoln’s iconic image whilst wisely deciding not to gloss over his unsavoury, though completely necessary, actions.

A lovely, human coming-of-age comedy-drama that profoundly affected me on an emotional level. Perhaps it’s because I see a lot of myself in the awkward teen Duncan(Liam James), but it’s also due to how well co-writers/directors Jim Rash and Nat Faxon manage to alternate between well-judged sentimentality and unflinching honesty. We’ve all had one of those awful summer holidays, but occasionally something life-changing happens on one. Ultimately it’s a film about hope, hope that things will eventually get better, and that message managed to bypass my more cynical sensibilities and leave me feeling rather warm.

I’m almost embarrassed to put this at the top, as the majority of critics have done, but it Alfonso Cuarón’s space-horror (I don’t really see it as sci-fi) really is that good. Move over, James Cameron, there’s a new king of special effects in town. GRAVITY is technically groundbreaking, visually awe-inspiring, alternating between quiet beauty and abject terror, and with Sandra Bullock holding the whole thing up with one of the best performances of the year. Yes, Ryan Stone might be a bit of a clumsy character for precision zero-gravity satellite repairs, but damn it Jim! She’s an earth-woman, not an astronaut! SSP